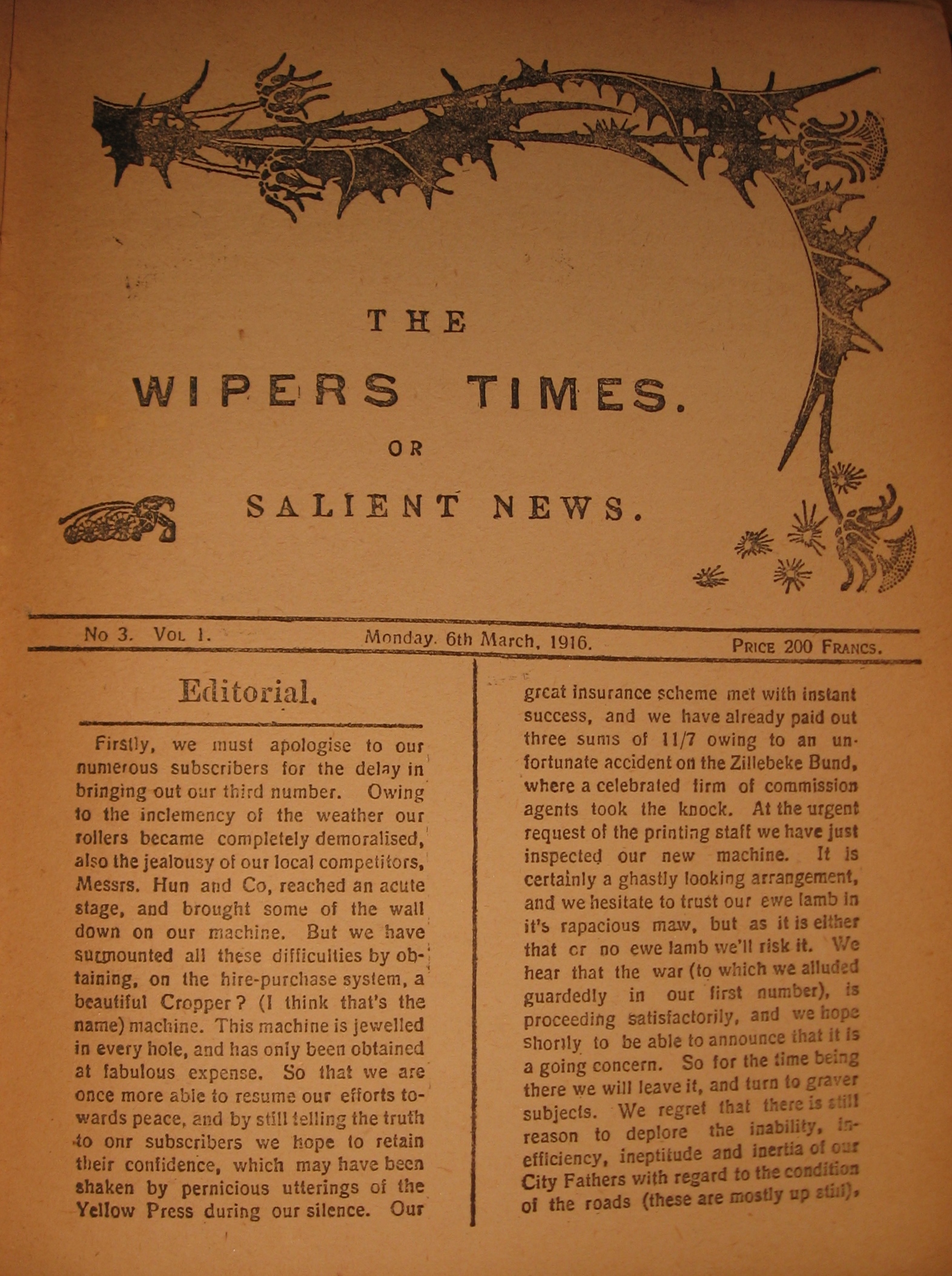 As today is Remembrance Sunday, only two days before the 90th anniversary of the end First World War, I thought I’d write a bit about The Wipers Times trench magazine. I happen to have a copy of the edition published in 1918.

This is an incredible collection of the comic newspapers written by soldiers fighting in the trenches of Ypres, Belgium (pronounced by the British as Wipers) and it is a fascinating example of how soldiers lived through the horrors of trench warfare, by writing hilarious articles ridiculing figures of the time and giving us a vivid insight into the thoughts of many soldiers. A good example is that the German forces are often described as Messrs. Hun and Co. It also contains mock advertisements, correspondence pages and ‘Our New Serial: Herlock Shomes at it Again’

Here is an extract from the preface:

The publisher-chap has told me that I must sit down and write a preface giving the history of our paper. It’s rather a rotten way of spending part of leave; however, here goes.

Our paper was started as the result of the discovery of an old printing-house just off the Square at Wipers. Some printing-house and some square! There were parts of the building remaining, the rest was on top of the press …

…To get an idea of the birth of the paper one has to try to visualize Wipers in those early days of 1916. We lived in rat-infested, water-logged cellars by day and at Hooge by night. As an existence it had little to recommend it.

These magazines do bring up the issue of whether its wrong to make light of such horrific events; when we read the articles, are we forgetting the horrors that actually occurred? Does comic writing lessen the blow of war and can we learn about what happened from this sort of writing?

You really need to read the book to see all the brilliant articles included and there is a modern edition available on Amazon, published in 2006, with a foreword by Ian Hislop.