I have often walked past Lincoln’s Inn on my way to Chancery Lane and the Maughan Library. Lincoln’s Inn Fields is a beautiful little park to stroll through to avoid the busy roads and it’s amazing how quiet it is once you step away from Kingsway and High Holborn.

There are several interesting places around the square including Sir John Soane’s Museum and the Royal College of Surgeons with its fantastic Hunterian Museum. As you walk east towards Chancery Lane, it becomes clear you are in London’s legal centre. You can see several legal institutions including Essex Court Chambers, New Square Chambers and of course the Royal Courts of Justice looming over to your right.

The reason that this area is the legal hub of the city is because the original four Inns of Court are situated around this area, Lincoln’s Inn, Middle Temple, Gray’s Inn and Inner Temple. The Inns of Court were societies for the lodging, training and practice of barristers, however today the buildings are used primarily by members as offices.

The Inns were founded between the fourteenth and fifteenth centuries and in the early modern period they became, along with Oxford and Cambridge, a necessary part of any high-status professional’s education. For example, famous members of Lincoln’s Inn include Sir Thomas More and John Donne. Inner Temple counts Sir Francis Drake, Mohandas Ghandi and John and Robert Dudley among its alumni. It is also speculated that Geoffrey Chaucer and Oliver Cromwell were also members of the Inns of Court. From the Lincoln’s Inn website:

First, why “Inn”? As well as applying to the houses used by travellers and pilgrims – the usage that usually comes to mind – the term, or its Latin equivalent hospitium, also applied to the large houses of magnates of all kinds, such as statesmen, bishops, civil servants, and lawyers, whose business brought them to town, especially when Parliament and the courts were in session.

Lincoln’s Inn has some of the most imposing and impressive buildings which can’t be missed when walking through the park. The origins of the Inn are not fully known – the extant records of Lincoln’s Inn open in 1422, but it is thought the Inn was in existence before then. It it also thought that it was named after Henry de Lacy, third Earl of Lincoln who may have been patron. 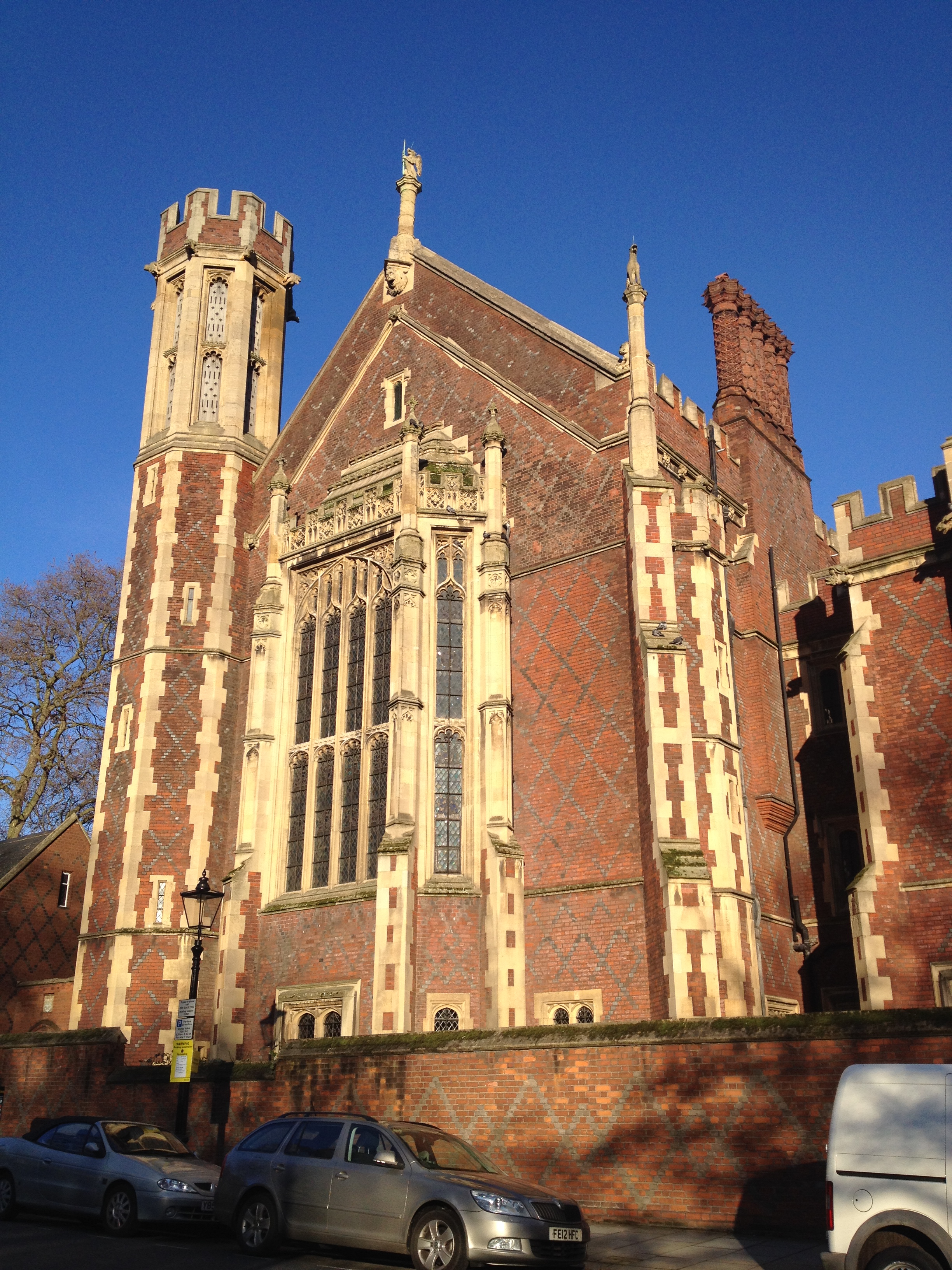 In the late sixteenth century, Lincoln’s Inn consisted of the Old Hall, some chambers and the chapel. The Old Hall was built “in the fifth year of King Henry VII” and was used as a dining hall and court of justice. The Hall features as a setting for the opening scene of Charles Dickens’ Bleak House.

A new chapel began to be built in 1620 after the original fell into disrepair. John Donne was preacher at the time and not only laid the foundation stone for it, but also led its consecration on Ascension Day in 1623. In the 1880s the chapel was enlarged and the roof rebuilt in the Gothic revival style of the time.

In 1843, the Great Hall was built to relieve the pressure on the smaller Old Hall. Before this new hall was built with a new entrance to the Inn, the main entrance had always been the Gate House on Chancery Lane. The Gate House as built between 1517 and1521 and the present oak doors date from 1564. Since this entrance is no longer in use, it is too easy to walk down Chancery Lane and completely miss this historic site. It was restored in the 1960s and now you can see above the door the arms of Henry de Lacy, Earl of Lincoln; Henry VIII; and Sir Thomas Lovell above a stone recording a 1695 restoration.

Lincoln’s Inn still performs all of the functions of an Inn of court, offering education, training and services for lawyers. Its buildings are also historical attractions and function rooms however, so the society offers room hire for functions and weddings and a variety of guided tours for tourists. I haven’t yet been on a tour inside the Inn but the areas around the buildings are open for pedestrians to stroll around from Monday to Friday, 7am to 7pm. There are also regular services for the public in the chapel as well as special events.

1 thought on “The Inns of Court: Lincoln’s Inn”