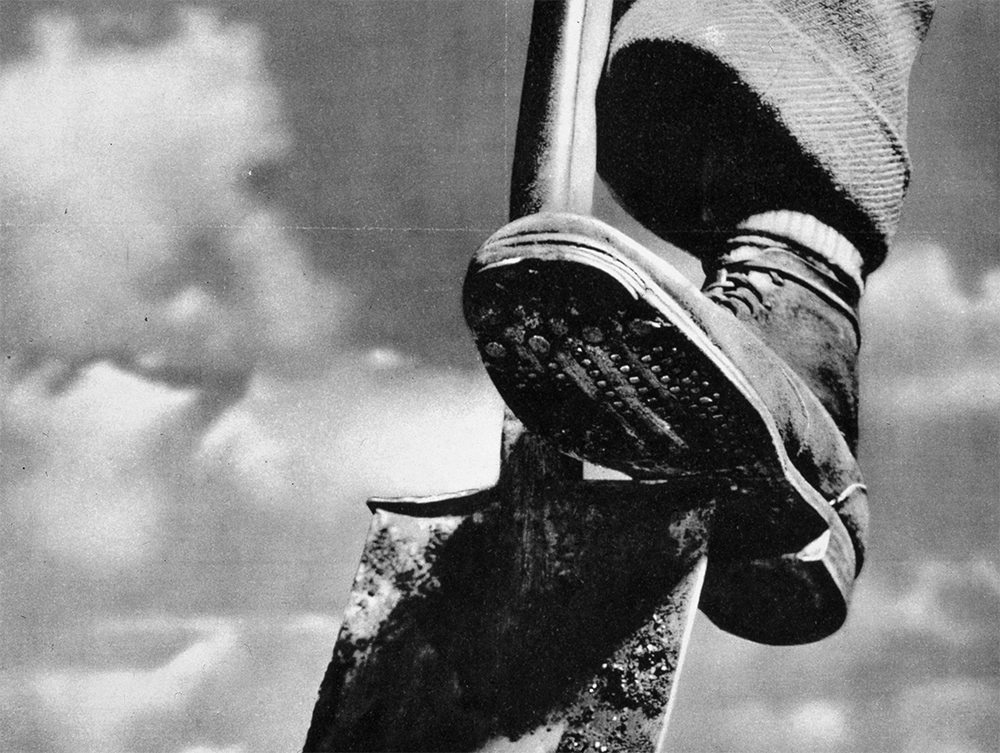 An important part of my research project is to understand the potential meanings that people can draw from Ministry of Information propaganda posters of the Second World War. By investigating how people interpret these images and what thoughts and memories come to mind when they look at them, I should be able to understand what power the images hold today and what role they play in modern British culture.

So, to uncover the potential meanings in the images, I want to conduct semiotic analyses to identify the signs in the images and the different connotations they could hold. I can then use this analysis in conjunction with survey and interview data to see which of the connotations are really present when real people look at the images. I have never worked with semiotics and visual images before so I’m going to detail my process so far with one particular image – the Dig for Victory spade image. 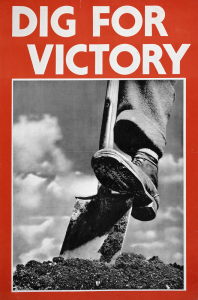 My first step was to pick out all of the different visual signs in the image that could hold some meaning. I wanted to cover everything, so as well as the individual objects, I also identified colours, words and separated out the ‘whole image’ and the ‘whole photograph’. The descriptions of the signs are shown in relation to the image below. 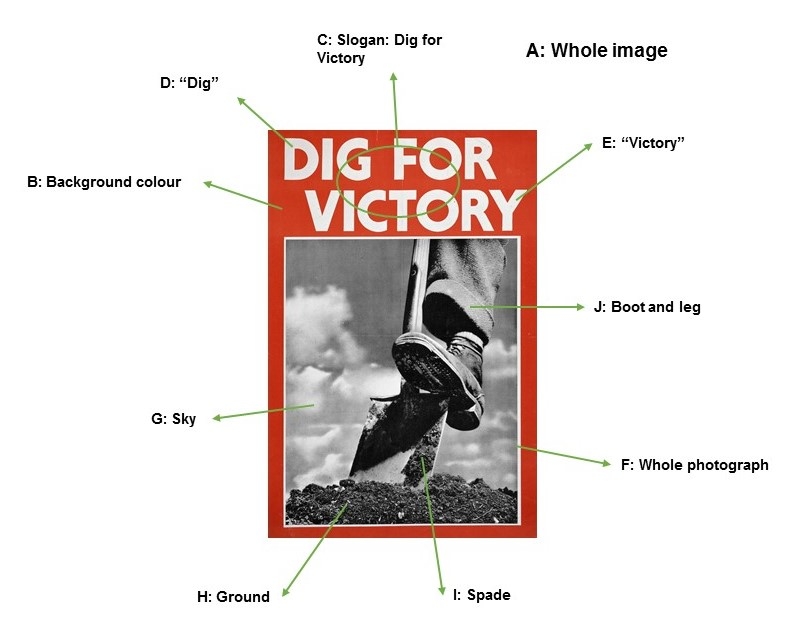 Since defining the connotation is so subjective, I am attempting to define as many potential connotations as possible, so that the interpretation of others may be covered in the list. I can then see how survey respondents interpret the image compared to the lists I have identified.

Using the data from this semiotic analysis, I have used Google Fusion Tables to create a network graph to show the links between the signs and the denotations. So I can more easily see which denotations are shared by different signs and which are more central. For example, ‘strength’, ‘command’ and ‘patriotism’ each have several links with different signs, so perhaps these are more likely to form part of people’s overall interpretation of the image

Clearly this is a process which I need to consider carefully, in order that it is consistent and all interpretations are covered in the analysis. I’d appreciate any suggestions and pointers from anyone who has done similar analysis of visual images – please drop me an email with your thoughts!

1 thought on “Experiments in semiotic analysis: Dig for Victory”