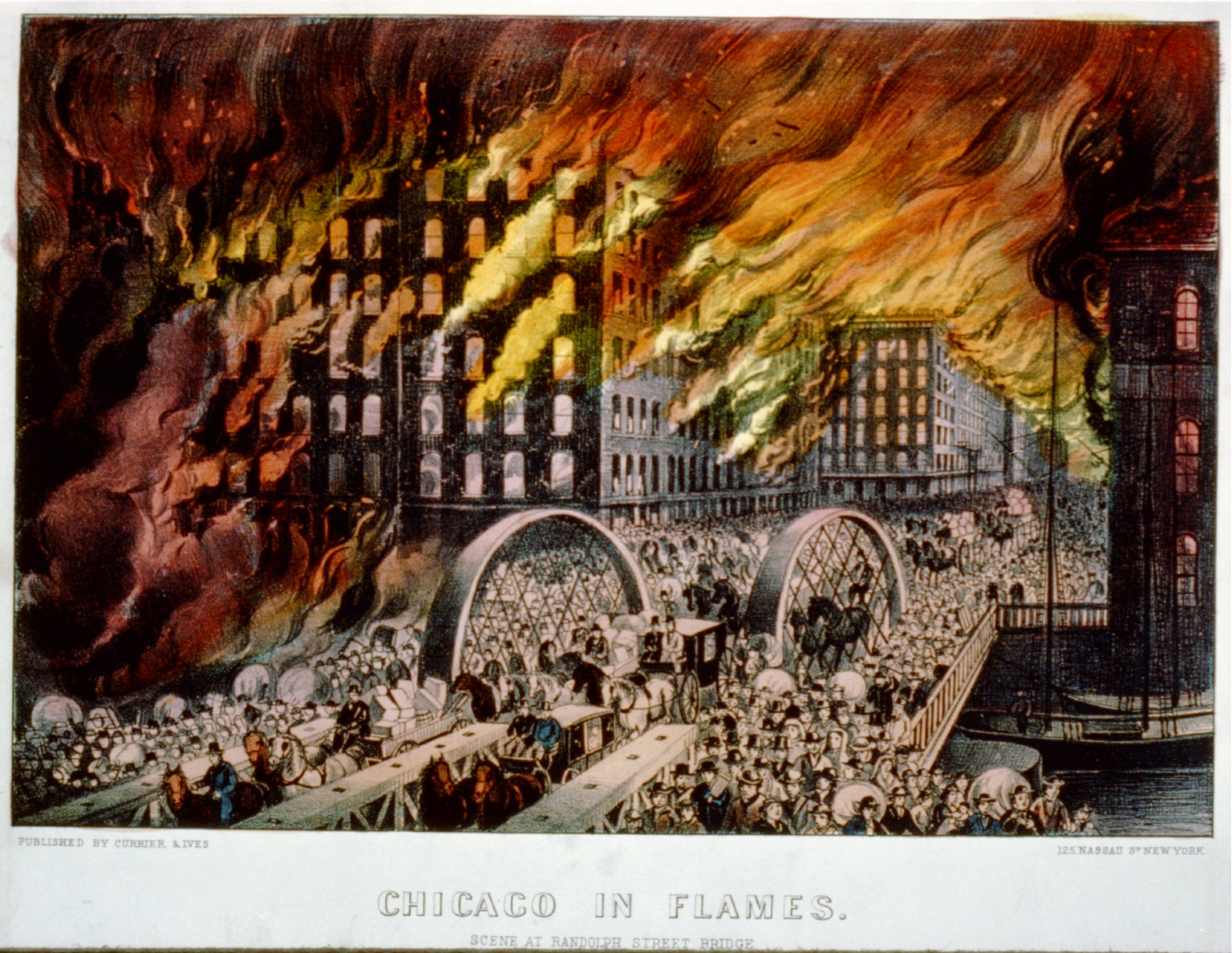 This month we have seen the anniversary of the devastating Great Chicago Fire, which took place between 8th and 10th October in 1871, and as it is also fire prevention month I thought I’d devote some time to it. The fire took place at a time when Chicago was a growing metropolis, beginning to lead the USA in industry and population. The fire crippled the city, killing 300 people, leaving 100,000 homeless, and causing an estimated $200 million in damages.

Like many other devastating city disasters, the Great Chicago Fire raises many ‘what if’ questions. Some argue that if the fire had not occurred, the city would have grown at a much slower pace and perhaps would not have become the second largest city in the USA. Whether or not this is true, we do know that the fire caused a huge building boom to replace the destroyed buildings (just as the Fire of London had in 1666) and this has given Chicago some of its most famous buildings.

Today, you can still see lingering effects of the Great Chicago Fire any time you walk downtown amidst the buildings that architects conceived of during reconstruction. These beautiful landmarks may not have been possible without the fire, and they’ll continue to remind Chicagoans of the tragedy for years to come.

The cause of the fire is surrounded by disagreements and myth. The main story is that a cow kicked over a lantern in a barn owned by Patrick and Catherine O’Leary, however several other human suspects have been accused of starting the fire on the O’Leary property. In 1893 a Chicago Republican reporter admitted fabricating the O’Leary cow story, and to this day no official cause of the fire has been determined.

What is clear is that Chicago was constantly in danger of fire at the time. Over two thirds of Chicago’s structures were made of wood and the city had 561 miles of wooden sidewalks. The weather was also unusually hot and dry, with only one inch of rain falling between 4th July and 9th October, and the strong wind spread the fire rapidly.

Buildings that did survive the fire include St. Michael’s Church, Old Town, the Chicago Water Tower and the Chicago Avenue Pumping Station. Surprisingly, structures of the O’Leary property where the fire started still remained standing until 1956 when they were demolished to make way for the construction of the Chicago Fire Academy and a bronze sculpture commemorating the disaster.

Chicago Line Cruises has created a wonderful timeline below exploring how the fire started and spread – please click on it for even more information. 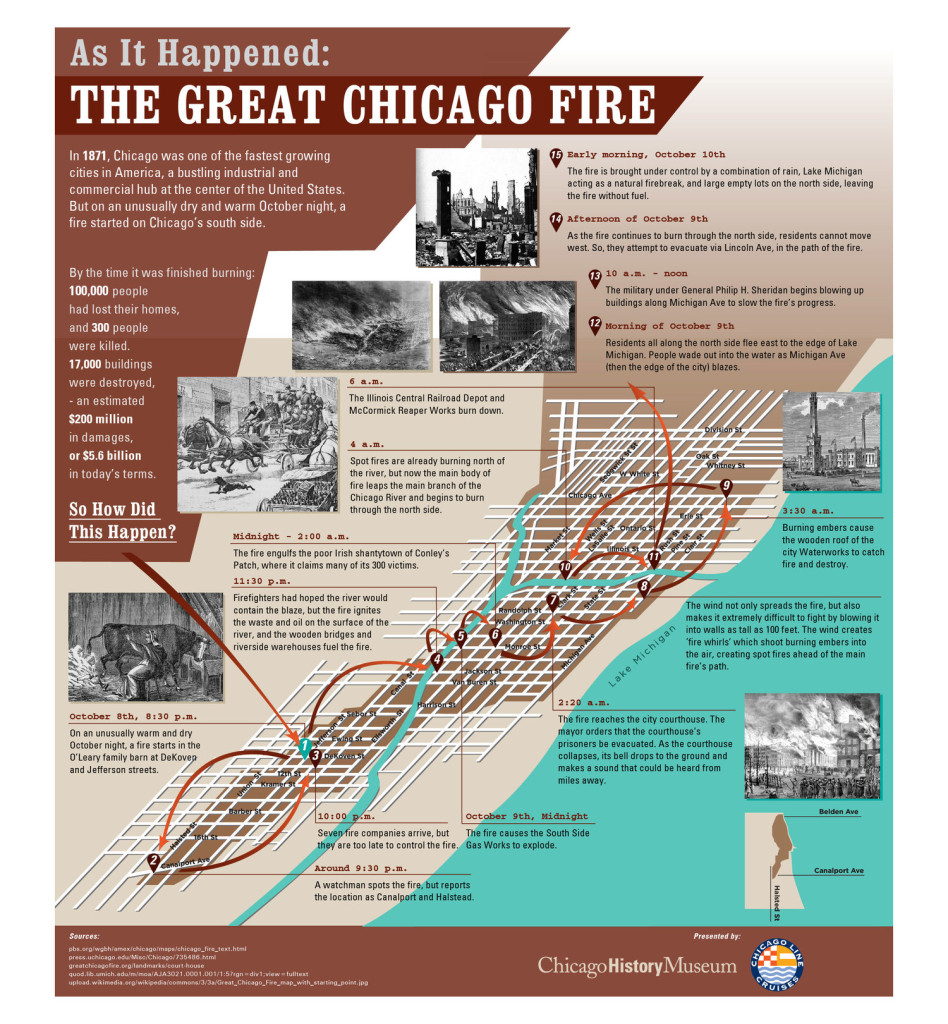 I would also like to recommend a podcast from Stuff You Should Know exploring the Great Chicago Fire and possible causes. Listen to the podcast here.