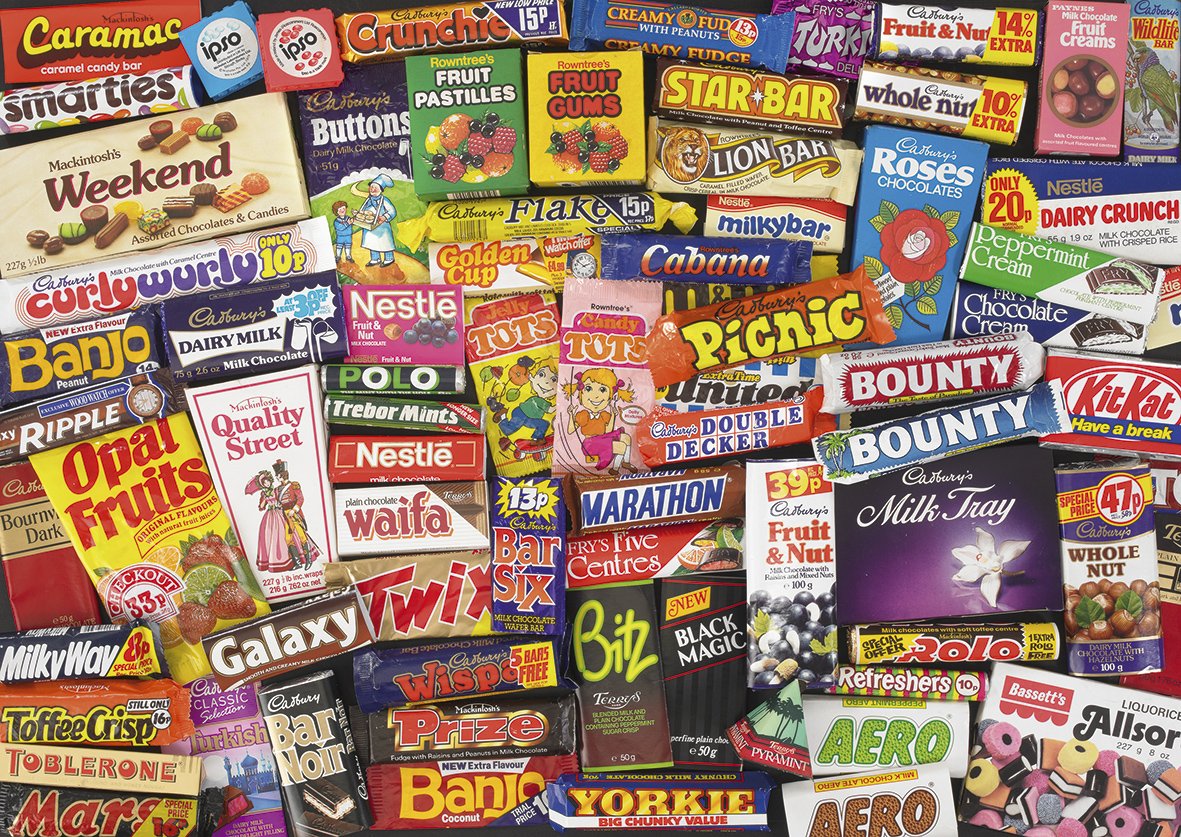 ‘The Supersizers go…1970s’ was great fun and made a big change from the previous programmes which have mostly dealt with pretty tasteless, meaty, unhealthy food. Quite the opposite was the problem this week as Giles and Sue conclude that the 70s was a decade of unnecessary meddling with food and drink. It was probably more of a nostalgia episode for a lot of people, but was still fascinating for those of us who didn’t experience the 70s.

The first thing that strikes you when they survey their ingredients for the week is that there is practically nothing fresh – everything’s tinned, boil in the bag or dehydrated as they describe:

The 70s was the decade when our post war belief in the power of science and technology to improve our quality of life reached new levels.
With 57 percent of former housewives at work, a boom in convenience foods led scientists to use increasingly synthetic ingredients as Britain fell in love with the TV dinner.

The idea that technology could solve everything, with the popularity of devices such as the sodastream and the teasmade, did last for the next few decades. It only seems ot be in the last ten years that everyone has turned to the other extreme, loving only organic fresh and natural ingredients. The dangers of additives and preservatives didn’t seem to be recognised in the 70s as is demonstrated hilariously when Giles and Sue go to a sweet shop to experience what kids were eating at the time.

1 in 4 children were at risk of false teeth by the time they were 20.
Long before 20th century killjoys suggested that chocolate fags might encourage smoking, 70s kids could spark up in peace. 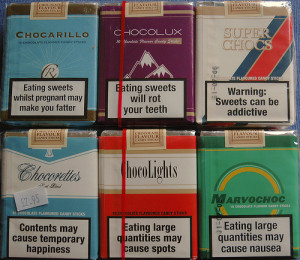 The two end the week with a cocktail party and some of Fanny Cradock’s recipes are used, demonstrating how complex, strange and disgusting 70s party food could be. Some of the food is nice however – as health and fat content were not issues, everything is full-blown, high-fat, high-sugar and full of flavour. The cocktails are also large, colourful and very very alcoholic. Giles is guided by Len Deighton’s Action Cook Book, which recommends the host to allow enough alcohol for each guest to drink half a bottle of spirits in two hours and three quarters of a bottle for each subsequent two hours ‘as drinking will increase if they haven’t gone home by then’. 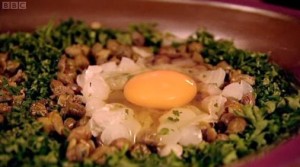 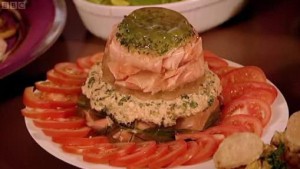 There was an interesting conclusion at the end of the programme as it is clear that there was something exciting and interesting about 70s food as it was so full-on, excessive, colourful and stimulating. I completely agree, as I think a lot of people are quite fed up with the culture nowadays of sipping skinny soy lattés and nibbling on low-fat, whole grain, sugar-free cereal bars. Giles sums it up perfectly and puts in a nutshell the attitude to food in the 1970s compared to today.

Restaurants now are so restrained and minimalist and elegant and everyone drinks water and has the odd little glass of wine and they don’t really bother with pudding and everything’s very small…
Oh, come on! Let’s have a huge Liebfraumilch spritzer with blue Curacao in it and a massive cake! Let’s set the main course on fire! I don’t want sushi, I want to slosh it in brandy, set light to it and throw it across the room – wear a massive pair of flares, smoke a fat cigar and have a huge cocktail!