I must have walked down Whitehall a hundred times, past one stone façade after another, and not realised that such an important building lay just beside me. I knew about the old Palace of Whitehall, which was a key royal residence until it was destroyed by fire in 1698. And I knew that the banqueting house was the only surviving building. However, somehow I failed to visit it before now!

So much has been built around the Banqueting House, designed to match the Inigo Jones design, that you can barely tell the buildings apart and I am still pretty oblivious to which buildings are old and which new. I feel this is why the Banqueting House is often missed by tourists, travelling between the key sights at Westminster and Trafalgar Square. This is also not helped by its location opposite Horse Guards Parade and The Household Cavalry Museum, which means that tourists are drawn towards the guards on horseback for photographs.

I purchased membership to Historic Royal Palaces recently, so made a real effort to visit the last attraction on the list that I hadn’t been to. This isn’t always easy as the Banqueting House is used for a lot of corporate functions and so can close unexpectedly. They advise you to ring ahead if you wish to visit. It was closed when I arrived but I returned a few hours later and it was opened. I happened to be the BFI London Film Festival Awards happening there that night, so there was part of the stage set up there already.

When you arrive at the Banqueting House, you are treated to a short video explaining the history of the house, which is pretty useful. They also had some images on display of the Banqueting House surrounded by smaller buildings, which really makes you realise what an magnificent building it really is – something that gets missed now that it is surrounded by similarly grand buildings on Whitehall.

Whitehall Palace was created by Henry VIII from a mansion owned by Cardinal Wolsey. The first permanent banqueting house was built for James I but was destroyed by fire in 1619. This prompted a brand new house to be built in a completed different style from the existing Tudor buildings. The Banqueting House was designed by Inigo Jones and completed in 1622. It was one of the first buildings built in the neo-classical style in London, a style which went on to transform London, particularly the west, from medieval and gothic structures to grand Palladian mansions.

Charles I succeeded James in 1625 and focused on the arts. He visited Spain and was an admirer of Titian, Rubens, and Velázquez. He commissioned Rubens to paint the magnificent ceiling of the Banqueting House, the main attraction for visitors today. This is the only room of the building open to the public now, apart from the basement area, and you will spend your entire visit looking at this painting.

The painting is titled The Apotheosis of James I and is a glorification of James and an allegory of his son Charles’ birth. It is certainly a piece designed to promote the king to guests who attended events at the Banqueting House. However banquets became less common at the house after this point, to avoid candle smoke damaging the painting.

Charles I made the Banqueting House what it is today, not only in his artistic additions, but also in providing the most famous historical event that occured there. After Charles I was arrested and sentenced to death, he was brought to the Banqueting House to be executed. It is thought that the scaffold was erected outside the central window of the house, so that, on 30 January 1649, he stepped through the window to be beheaded in front of a crowd on Whitehall.

This is something that I feel Historic Royal Palaces should make more of in the visitor experience, since it is such a famous and important historical event. I would like to see some kind of monument on or outside the front of the house to indicate where Charles I was executed, so that even passers by not visiting the house are made aware of the pivotal event that took place where they walk. 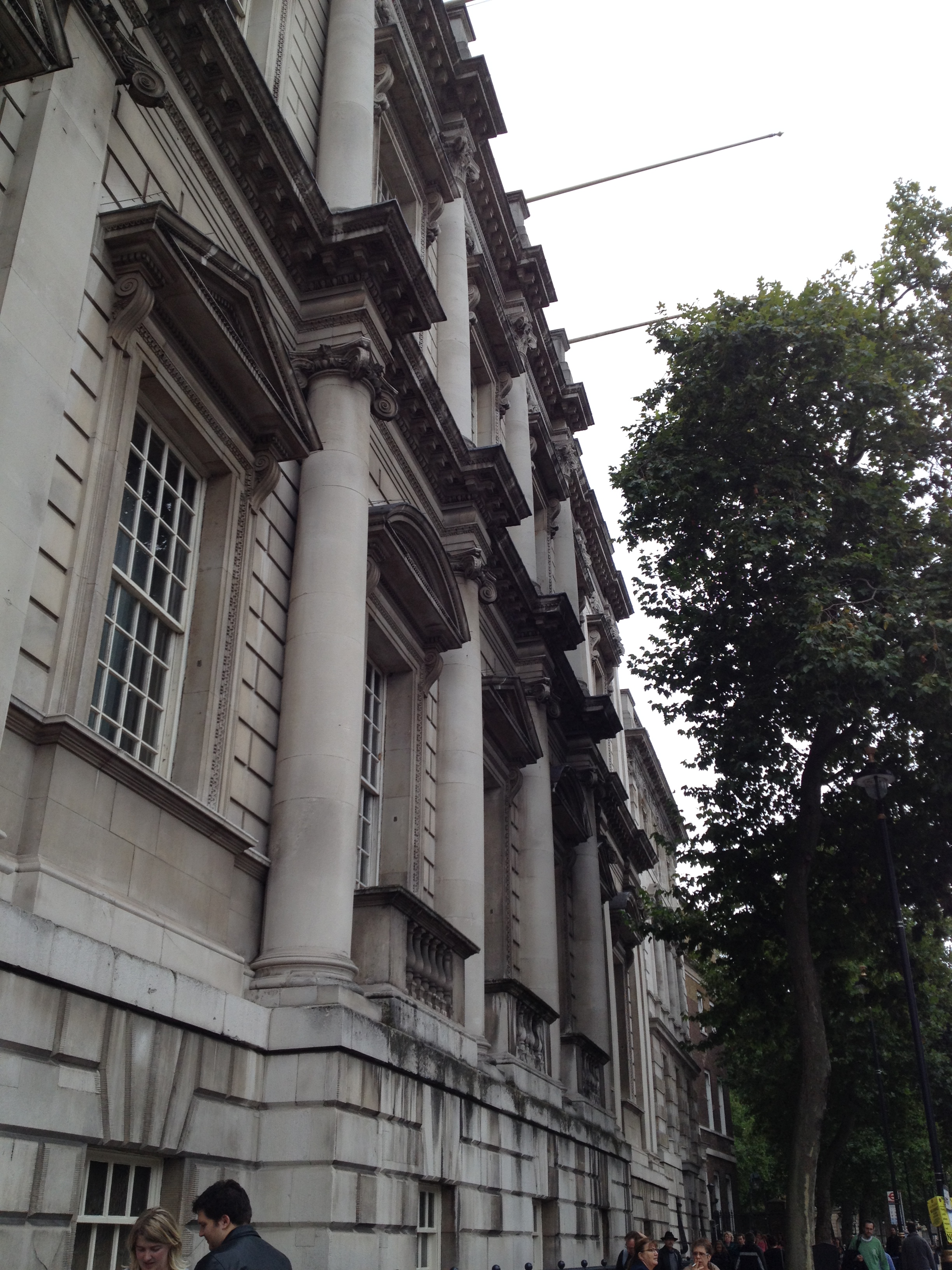