Inspired by my recent obsession with watching old episodes of Agatha Christie’s Poirot, set in the 1930s, I decided to take a self-guided tour of some of the best examples of Art Deco architecture in central London. The first thing I discovered was that there are loads, so you have to be selective. With the aid of the Wikipedia category Art Deco architecture in London, twelve locations made the cut: 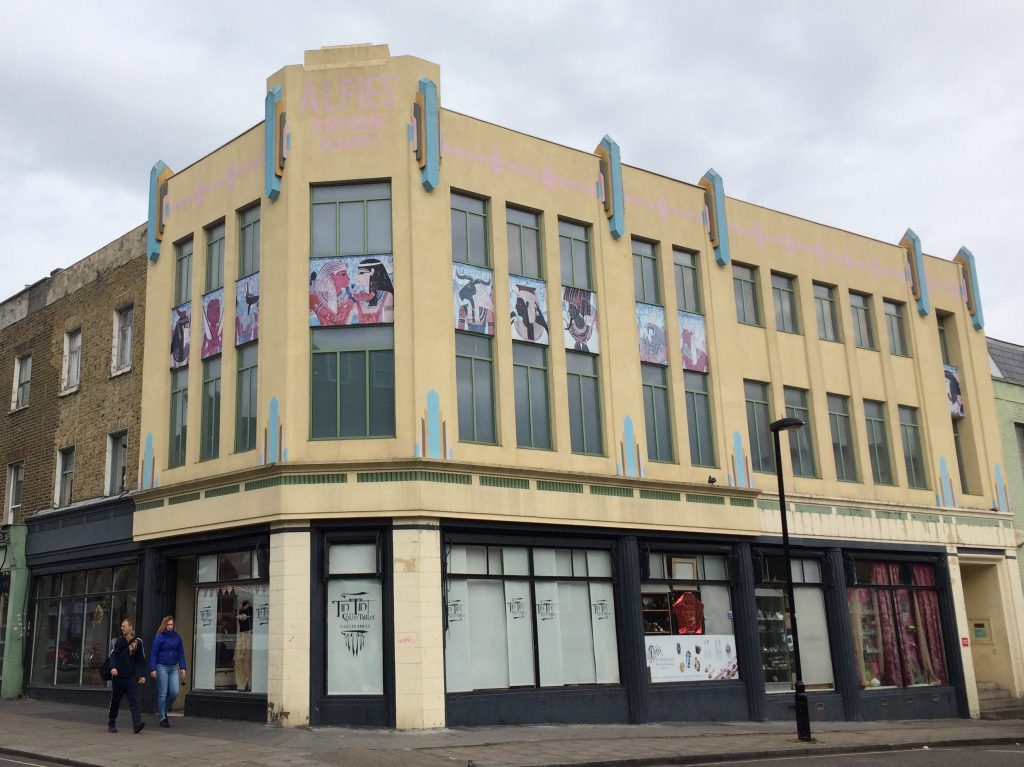 Alfies Antique Market is located on Church Street in Lisson Grove. It was set up by Bennie Gray in 1976, moving into a building that was formerly Jordan’s department store. Today it is the largest antique arcade in the country. The art deco facade is striking for its bright colours and Egyptian motifs.

The Adelphi Theatre on the Strand offers more original art deco design since it was built in 1930, at the height of the art deco architectural style. The building itself has housed four different theatres since its opening in 1806, but the facade and interior were redesigned in the art deco style by Ernest Schaufelberg for the opening of the Royal Adephi Theatre. The most interesting features are inside the lobby and include geometrically designed lights and ticket windows. If you’re walking down the Strand, I recommend popping in to have a look round. 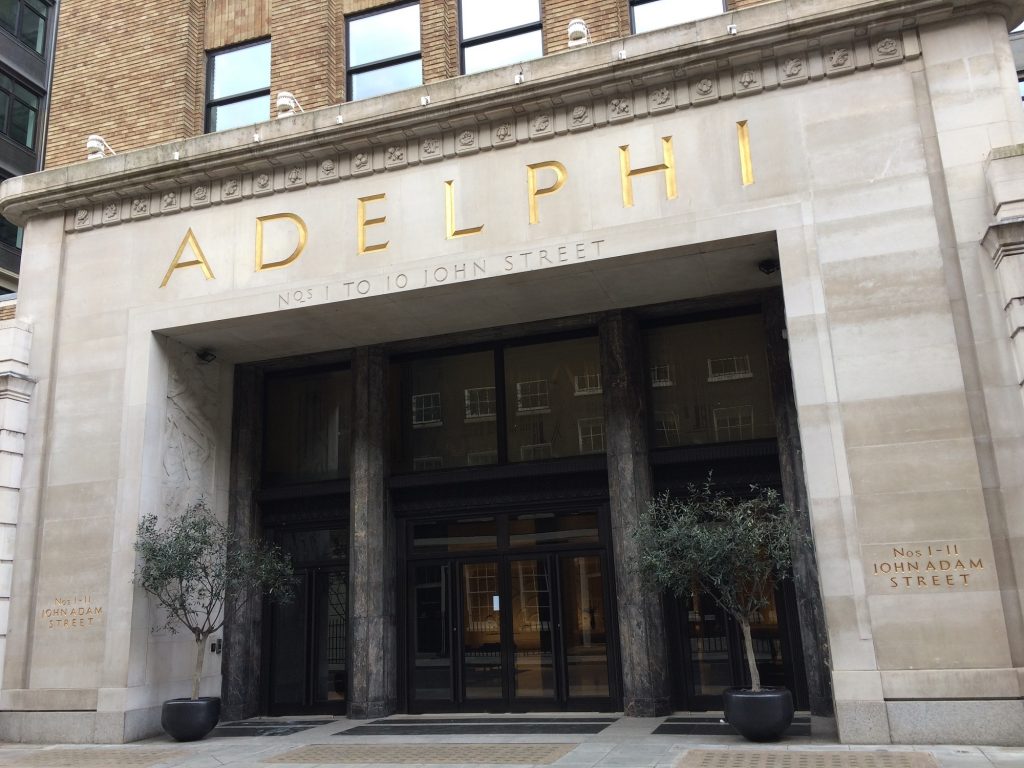 This one wasn’t actually on my original list, but I knew it existed as I’d seen it featured in Agatha Christie’s Poirot. I discovered it while walking to the river from the Adelphi Theatre. It’s quite hidden behind the Strand and as far as I could see it is not being used at the moment, but it was a wonderful surprise to come across this art deco facade which I’d seen in the Poirot episode ‘The Plymouth Express’.

The Grade II listed building is faced in Portland Stone and has some really beautiful art deco features all the way around, including bronze work and sculptures. There was a notice in the street outside the main entrance indicating that filming would be taking place soon, so it is clearly a popular location for post-1920s-themed television and film. I gather from this new website that the building is currently being refurbished for office space – it’s amazing that it has been so little used in recent times considering its size and architecture. 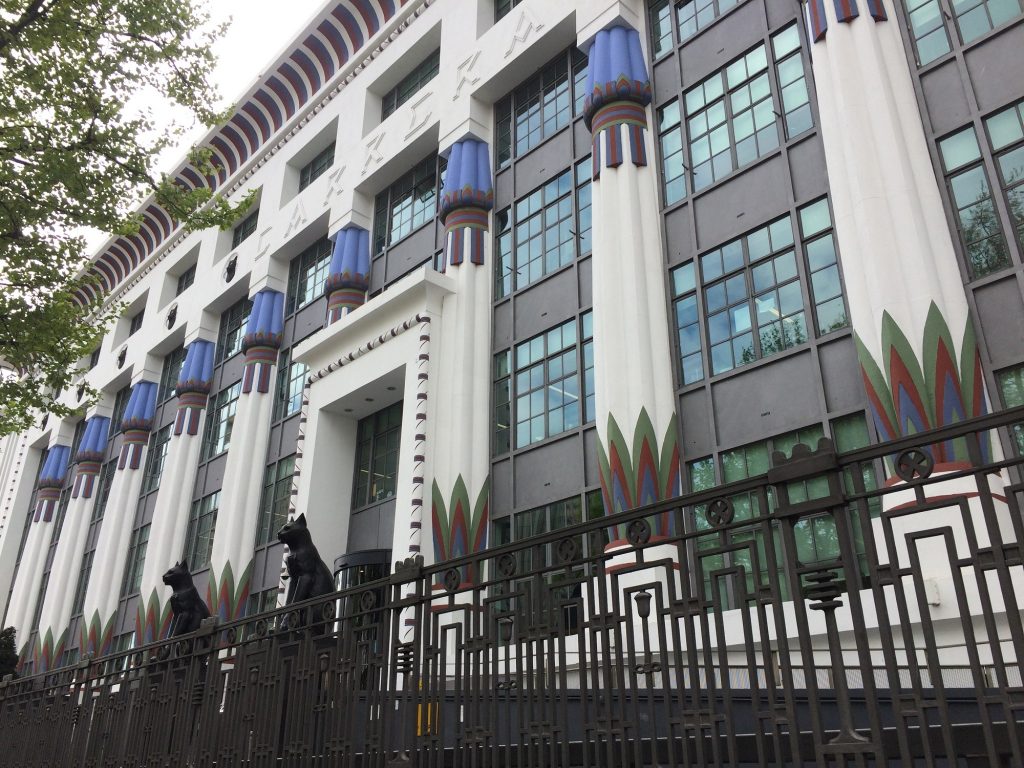 The Carreras Cigarette Factory is a huge building in Mornington Crescent in Camden. It has some really amazing Egyptian style art deco design features all the way along the facade. Most striking are the two enormous black cat statues that guard the entrance.

The building was built between 1926 and 1928 by the Carreras Tobacco Company and designed by Marcus Evelyn Collins and O.H. Collins, along with Arthur George Porri. The Egyptian style was very much in vogue at the time, since the tomb of Tutankhamun had only just been uncovered in 1922 by Howard Carter.

The building was converted into offices in the 1960s, but a renovation project in 1996 ensured that most of the original art deco detail was restored and preserved. Replicas of the original cat statues were created and placed by the entrance. 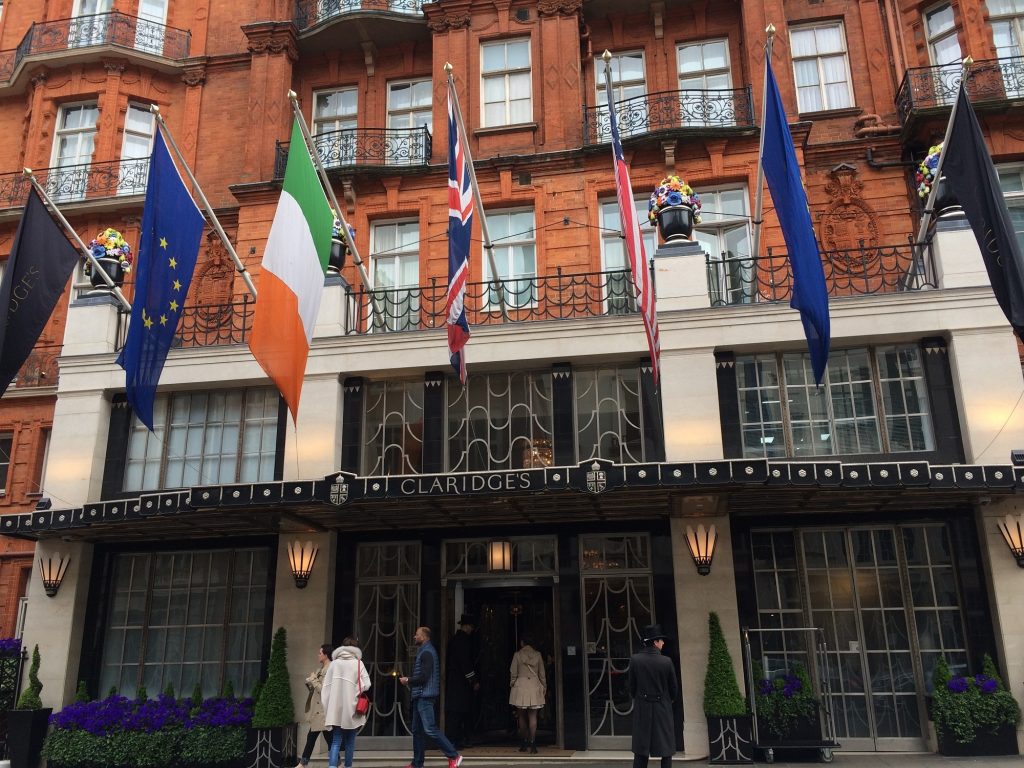 Claridge’s wasn’t my first thought when considering art deco buildings in London, however when you look at the facade more closely, it is clear that it includes some beautiful art deco features. There is also much to see inside the hotel, however I was unable to go in on this day.

Claridge’s first opened in 1856, so by the 1920s it needed its Victorian design to be modernised. Art deco designer Basil Lonides was invited to redesign much of the interior and this was extended by Oswald Milne who designed a new entrance in the art deco style. Today you can easily see the influence of the new style in the design of the windows, awning, gates, railings and lighting. 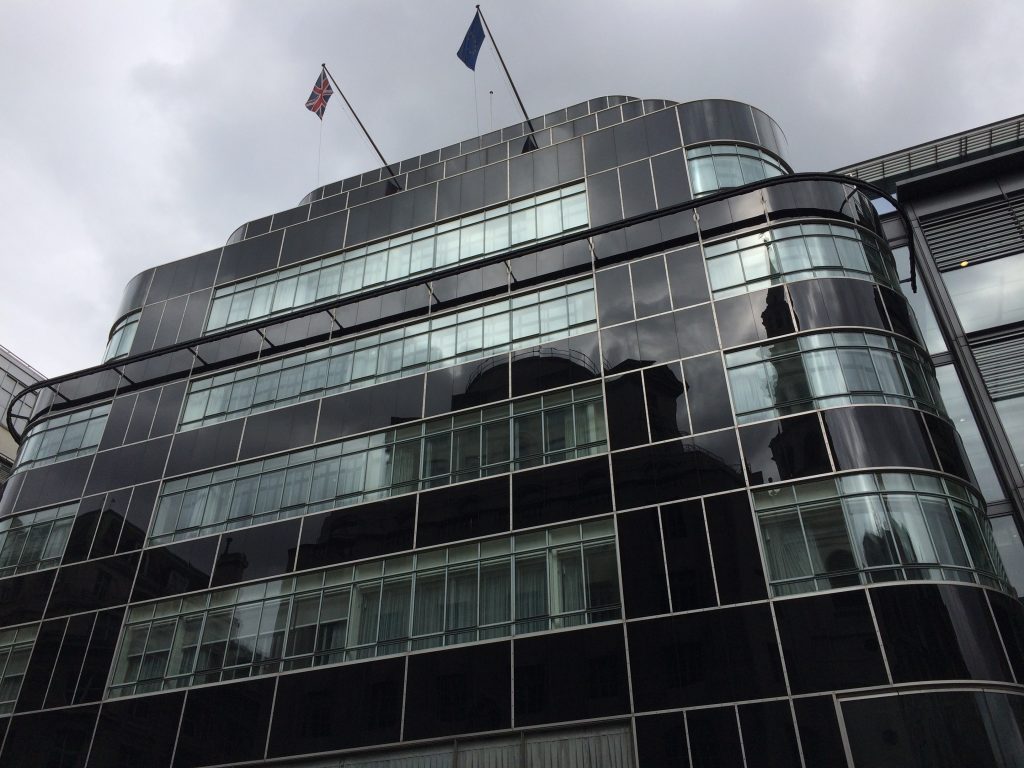 The Daily Express building is another unexpected art deco example. Its dark colour and use of chrome and curved glass make it seem quite modern, which makes the fact that it was designed in 1932 even more remarkable. It was designed by Ellis and Clark as the offices for the Daily Express and is now a Grade II listed building. The exterior is black vitrolite and clear glass with the rounded corners characteristic of the art deco style. The interior also includes many interesting design features, but unfortunately it is only open to employees and guests.